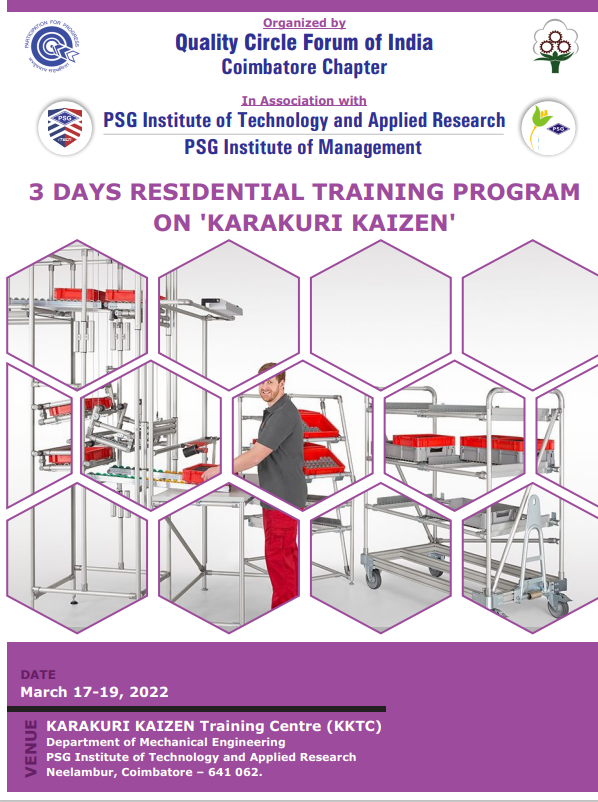 In the era of Industry 4.0, automation is becoming increasingly important. However, the term “automation” covers much more than just the complex high-tech robots that many associate with modern industry whose costs are highly prohibitive. The principle of Karakuri Kaizen, a central component of the lean philosophy, centres on easily implemented automation solutions that operates on a purely mechanical basis. By making clever use of kinetic energy as it is released and consistently avoiding waste, this approach can yield striking results. Karakuri is an automation mechanism that was invented in Japan in the 17th to 19th century. At first, most of the applications that were developed were used for leisure purposes, such as serving tea. For decades, Karakuri has been a central element of the lean philosophy, where it refers to the simple but intelligent automation of processes based on physical principles – with no drives, sensors, electricity or compressed air. The intention is to use resources that are already in place – existing plants, parts and components on the one hand and the creativity of the on-site workforce on the other(low-cost automation). Karakuri is the use of mechanic gadgetry rather than electric, pneumatic, or hydraulic devices. Definitely no computers! Within lean, it stands for mechanical gadgets that improve your system. In India, the adoption of Karakuri Kaizen has not gained momentum even though a few companies are practicing it without much publicity. Now QCFI is taking initiative through its Coimbatore Chapter in collaboration
with PSG group of Institutions. PSGiTECH has set up an exclusive Lab and Training Centre KARAKURI DHOSO for this purpose in their campus .

Karakuri demonstrates that Toyota’s working currency is brain power, grown through rigorous problem solving and mentors who challenge their students. The wallet takes a backseat to the brain. Toyota’s response to the challenge of increasing Kaizen capability wasn’t to find smarter people or more clever machines. Instead it was to make Kaizen more accessible by simplifying engineering and develop people to make work
beer using the engineering.

Clever use of pulleys ,counterweights and gravity by assembly workers is outperforming pricey robots trained by highly educated engineers. People are very good at making things and at making things beer. Hence, as a means of thriving in the future , it is beer to invest in people, pulleys and levers.

COURSE OBJECTIVES
To impart the principles of KARAKURI KAIZEN and KARAKURI solution thinking
To create design expertise among Engineering Departments of Manufacturing companies to understand and identify the need, design, bill of materials, assembly and maintenance of KARAKURI equipment
To develop the real me skills for promoting the KARAKURI KAIZEN principles
To accomplish some automation at 10% of the cost of regular automation machines, because Karakuri equipment
do not use electricity or pneumactic power and just uses leverage, pulley, gravity and human/machine energy .
The program has been designed in such a way that the participants will get hands on experience in dismantling and
assembling of miniature kit components which have been manufactured to the maximum precision without any
me limit.

RESOURCE PERSONS
Highly experienced faculty from PSGIM and PSGiTECH on the principles and effective application of Levers, pulleys, Chains, and other mechanical gadgets to maximum advantage.
Industry experts with rich Toyota experience.
Design engineers from Karakuri equipment manufacturers.
Supported by QCFI experts on practical application of these principles in industrial situations.