All Members of QCFI

Notice is hereby given in accordance with Clause No.4 of the constitution of Quality Circle Forum of India that the 33 rd Annual General Meeting (AGM) will be held at Royal Reve Hotel S D Road, Secunderabad, Telengana State on 26 th Sept 2016 at 6.30 PM. to transact the following agenda.

2. Consideration and adoption of the proceedings of the 32 nd Annual General Meeting held
on 19 th December 2015 at SRM University, Chennai.

3. Noting of the Election and induction of the Directors.

5. Consideration and adoption of Resolution passed for election of Board of Director using
Electronic Voting System from the year 2017.

6. Consideration and adoption of Audited Balance Sheet, Income and Expenditure Account
and Auditors Report for the period of April 2015 to March 2016.

9. Considerations of Resolutions for which 15 days’ notice has been given and has been
admitted by the president.

All Members are requested to attend the AGM. 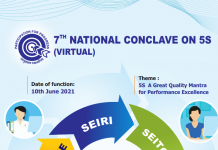 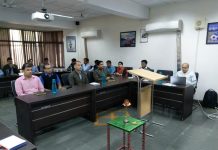