Valedictory session was presided over by Mr.PGS Dinesh Davidson, GM – M/s.J.K.Fenner India, Kochadai. He distributed awards for the winners of Poster, Poem,Slogan an Skit and also for the teams who presented their case studies on 20-9-15 morning.

A separate shield was given to M/s TVS Srichakra Ltd. for sponsoring maximum delegates(139nos) to the Convention.

Trophies were sponsored by M/s TVS Srichakra and, kitbags by M/s Hitech Arai and one lunch by M/s.The Ramco Cements,RRNagar.

Madurai chapter hosted an exclusive funtion on 19-9-15 evening to celebrate Silver Jubilee Year. This was presided over by Prof and Dr A.K.Mittal, President, QCFI and released the Silver Jubilee Souveneir, Tamil Version of Five S-Work Place Management was released by Mr.D.K.Srivastava Executive Director,QCFI

As part of Social Obligation, we trained the staff of Government Hospital, Thoppur, on 5S activities free of cost. They implemented the systems effectively and QCFI audited this on 15-8-15 and issued 5S certificate during this Silver jubilee function. We had also donated 2 Oxygen Concentrator equipments to their intensive care unit. 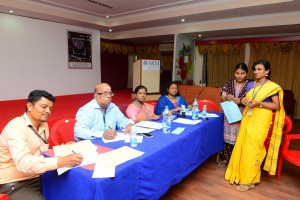 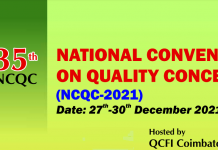 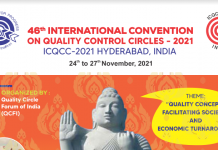 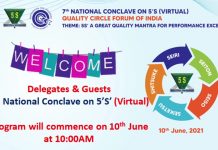 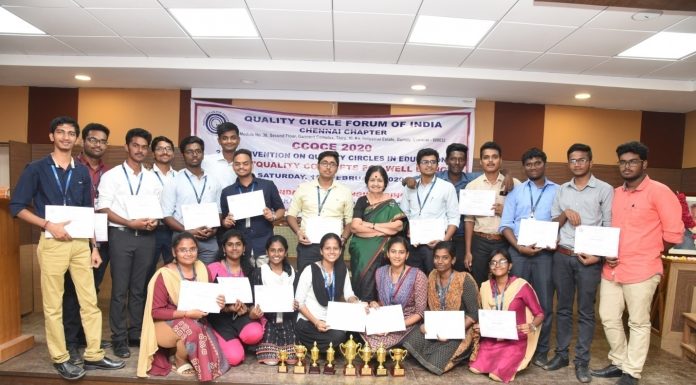