Many of the older generation would recollect that not very long ago, the Japanese industries were not reputed for the quality of their goods, and in fact their name was synonymous with cheap and unreliable products. The second World War had devastated all their industries and they had to build up their economy from scratch.

It was then that Gen.Douglas Mac Arthur, Commander of Allied forces in Japan at that time, felt that something had to be done to improve the nations image and sought the help of some American management experts, Dr. Edward Deming, an SQC expert of USA was sent to train the management personnel in Japan from 1968 to 1969. He advocated what has come to be called ‘The Deming Wheel’, and achieved such success that the Japanese government honored his services by awarding the ‘Deming Prize’ annually.

Between 1954 and 1955, another famous management consultant, Dr.Juran started, visiting Japan. He preached what is known as ‘Total Quality.’ The Japanese Government followed it up with massive training programme on Quality Control, Statistics and related subjects. which were also disseminated on radio and television.  A number of Seminars and Conventions were initiated to promote a Quality drive. Thus the Japanese image started changing gradually.

Japan has no natural resources of its own and imports most of its requirements of raw materials from abroad. It realized the necessity of achieving a very high standard of quality of its products in the face of stiff competition in the industrial world. So the Japanese frantically started searching for a technique that would give their products an edge over other industrialized countries, in quality, productivity and marketability. They adopted a six point programme to maintain a quality image which included the following

They also realised that involvement of their employees at the grass-roots would give the necessary fillip to achieving better quality standards. Towards this end extensive training in Quality Control techniques was organized for workers and foremen, charge-hands as well as other supervisory levels.

In April 1962, a magazine called ‘SQC'(QC for the foremen) designed for employees in workshops was started. The main objective was to facilitate education, training and propagation of Quality Control techniques and to help first line supervisor and Foremen to improve their Quality Control ability, soon realized that discussing the contents of this magazine with their co-workers would improve their performance much faster and more effectively. That is how the concept of Quality Circles took birth in Japan in 1962. The initial success that was achieved through group associations in different work areas led to the rapid growth of the concept in that country. In order to afford an opportunity for the Quality Circle participants to express their experiences in the operation of the concept. the first Quality Control Circle Conference was held in May 1963. Consequent upon the overwhelming response to this gathering, similar conferences were subsequently held each year at a different places. The number of QC Circles grew and it was no longer possible for their activities to be co-ordinated from the Central Headquarters any more. This led to formation of QC Circle Regional Chapters at different Centers, with the objective of giving any assistance that might be required for the proper implementation of the concept.

At present there are more than one million Circles with over ten million members operating in Japan. Initially in the early 1950s and 60s the major concern of the Japanese organizations and therefore of the QC Circles was one of ‘Quality’. But as the QC Circles activities expanded and as the members gained more and more experience in problem solving and application of various techniques, the subject matter began to include larger and more difficult items closely related to the, policies established at a higher level. The themes taken up by the Quality Circles were now no longer limited to ‘quality’ but incorporated such diverse themes as productivity, efficiency, cost reduction, design, safety, production control etc. With QC Circle members acquiring more confidence, some variations and changes were also introduced in the concept. For example, originally Foreman and Supervisors acted as leaders of QC Circles but as members became more knowledgeable and experienced, they organized smaller groups for sub-circles or mini-circles withing the original QC Circles. This helped in increasing the sense of participation among workers apart from affording opportunity for more people to assume leadership by actually acting as a sub-circle leader.

Another minor variation is the formation of joint QC Circles. When problems were large enough to involve more than one area, QC Circles of different areas poo their knowledge to solve common problems. Such an extended group is called a ‘Joint QC Circle’. For instance, coalition of production workshops – one of which precedes the other in a manufacturing process or coalition between production and other departments such as Inspection, Maintenance, Power Supply, Warehouse, Shipment, Process Control etc.

Another gradual development that took place was that whereas QC Circles in initial stages were introduced mainly in production, workshops, the concept slowly started expanding into non-production areas such as offices, Sales Departments, Warehouses, insurance compamies, banks, hospitals etc. It has since been established that the QC Circle concept can be effectively introduced in any kind of work or service.

It is, therefore, seen during the evolution of the Quality Circle concept in Japan that there can be a Quality Circle involving both a parent company as well as its affiliate or sub-contractors who work closely together in the day-to-day operations. This not only helped improve their performance but also resulted in better communication between them.

It has therefore, to be appreciated that the concept of Quality Circles was evolved and adopted in Japan in the early 1960s due to compulsion of circumstances prevailing then. Much of the success of Japanese industry today be ascribed to their adopting the Quality Circle concept in a big way through efforts of Japanese Union of Scientists and Engineering (JUSE) and dedicated individuals such as Dr.Ishikawa. To quote one single instance of their miraculous recovery, in 1960 Japan was unable to sell a single car abroad. By 1974, they were exporting 1 1/2 million cars a year and by 1979 that figure had been doubled. Realizing the efficacy of this philosophy, Quality Circle movement grew rapidly in that country and the painstaking and persevering efforts of the Japanese leaders resulted in the QC Concept being accepted all over the world now, as a very effective technique to improve the total performance of any organization. 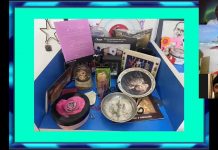 5S and its implementation steps towards Total Quality Management 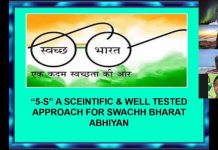 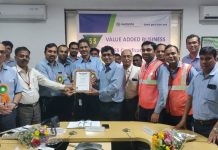 Identification of Technical experts in Industry 4.0