4th Varanasi convention on quality concepts 4th VRCCQC-2016 at Varanasi which was started in year 2013 has been very successful with continuously propagating quality concepts in eastern UP along with eastern India. This year the convention which was held on 11th September, 2016 & approx 400 participants/delegates/students/guests representing different organization taking part in various stream/competition. This unique convention launched by Quality Circle Forum of India, Varanasi centre for propagation of quality concepts which is run by Quality Circle Forum of India in different organization of the country. This convention was very informative, value added for nation building plan. In this convention one village quality circle from Unchahar participated and presented problem & solution of concerned village through quality concepts tools & techniques. It was appreciated by all quality lovers.

Like every year School of Management Sciences (SMS), Varanasi was also selected for VRCCQC convention 2016. SMS has very good infrastructure with an auditorium to accommodate the large gathering where inauguration, knowledge test, quiz competition, valedictory & prize distribution function were held. The food catering arrangements were well organized with adequate number of counters for serving foods for the participants.

The registration activities started on 11th September, 2016 in the morning 8 AM for convenience of the team who had reported on the day & registration completed by 10.30 morning.

A team of competent judges from various organization was deployed to evaluate presentation & other competition. These juries have been specially trend for evaluation as per QCFI norms

Knowledge test was held at auditorium which was compulsory only for Quality Circle team. It carried 30 marks and was conducted just after inauguration. Time allocation was 40 minutes. All the requirement for the knowledge test like preparing of question paper arranging evaluation, announcing the results etc. Total 49 team  participated in this programme & the best 3 team was selected for quiz competition & awarded.

QCFI, Varanasi is thankful to our members of working committee and family of SMS group.

Total no. of organization participated   = 17

All Gold award winner teams are recommended for NCQC-2016 by QCFI, Varanasi Centre 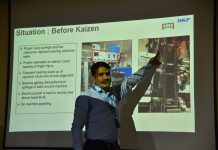 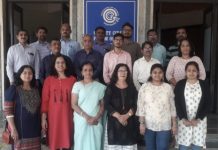 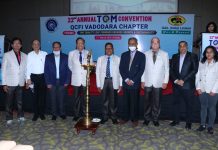 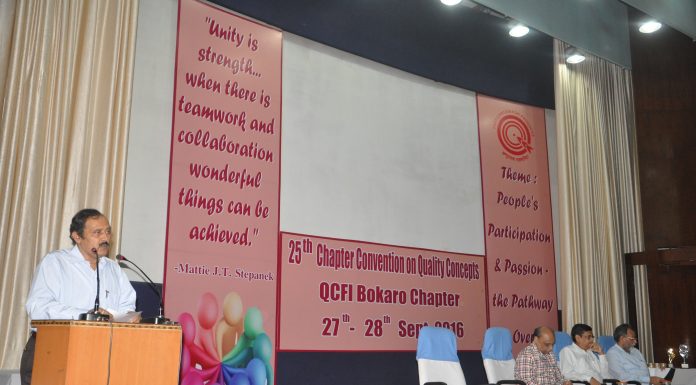